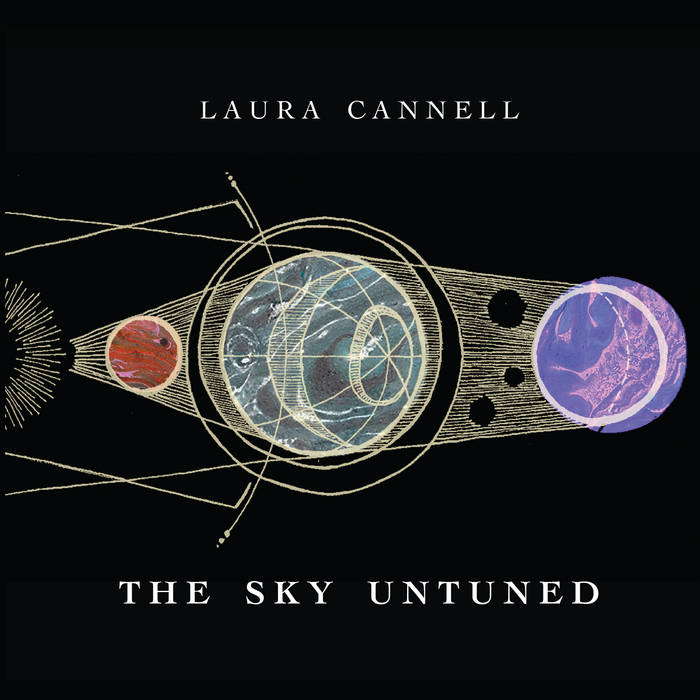 THE SKY UNTUNED was recorded in one take at St Andrew’s Church, Raveningham, Norfolk, UK on 10th December 2018. The seven tracks were composed and developed during a hectic period of commissions, tours and musical adventures including: York Mediale Festival & The National Centre for Early Music, Laura Cannell’s Modern Ritual UK Tour, Huddersfield Contemporary Music Festival, Bergen Kunsthall in Norway and The Cut Arts Centre in Suffolk.

THE SKY UNTUNED takes as it’s starting point the theory of the music of the spheres, in which the universe is constantly making sound that humans cannot hear. The music is teased out of the land and sky and performed using Cannell’s signature minimalist chamber sounds, utilising extended instrumental techniques of overbowed violin (with deconstructed bass viol bow wrapped around the violin to produce drone and melody), scordatura violin tunings and double recorders (inspired by medieval stone carvings).

“It is not the result of one commission but a performance drawn from the ideas that have travelled in my thoughts wherever I’ve been over the past 18 months. The ones which wouldn’t leave my heart and head, the ones which demanded to be played over and over through internal speakers, the ones which need to be explored and performed as if it’s the first time every time.

LAURA CANNELL BIOGRAPHY
Straddling the worlds of experimental, chamber, folk, early & medieval music, Laura’s semi-composed, semi-improvised compositions draw on the emotional influences of the landscape and explore the spaces between early and experimental music that is rooted in but not tethered to the past. Cannell is an artist whose original and singular vision sets her apart from her contemporaries, whilst her music exists as a culturally vital exploration of the link between medieval, traditional and modern musical idioms.

Laura has released four solo albums since 2014, successfully carving out a unique path with her work, receiving critical acclaim from the contemporary music press and regularly being included in numerous Album of the Year lists (including The Guardian, MOJO, BBC Radio 3’s Late Junction, The Wire and The Quietus). Recent projects include creating music for film, broadcast work for BBC Radio 3, “Reckonings” (2018) a duo album with Andre Bosman, tours with the cellist Lori Goldston (Earth, Nirvana) & collaborations with This Heat drummer Charles Hayward & Mira Calix, as well as commissions for Hampton Court Palace, The Immix Ensemble at Tate Liverpool, Huddersfield Contemporary Music Festival, the BBC Philharmonic Orchestra & The Zuckerman Museum of Contemporary Art (US). As well as numerous live performances in the UK & Europe.