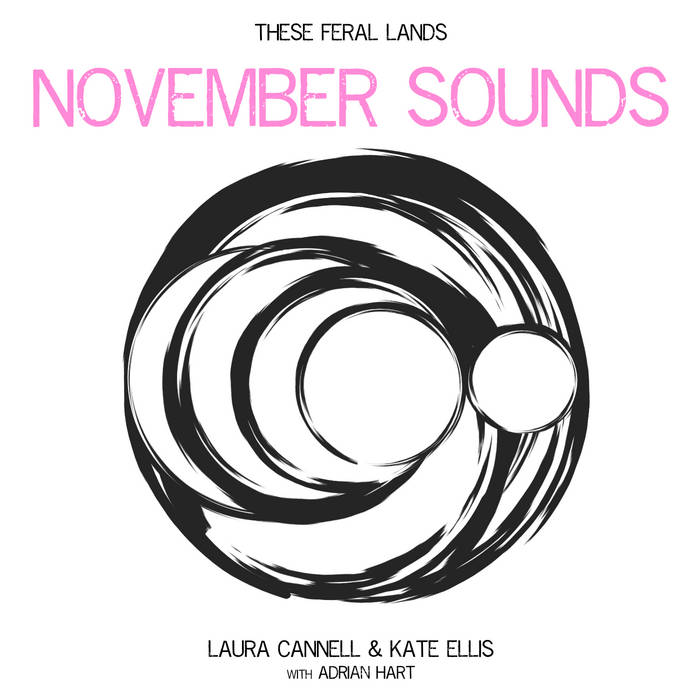 In their penultimate EP of the year, Cannell & Ellis present their emotional responses to the months of 2021 through epic tracks. Here they deep dive into the winter with Cannell’s signature evocative overbowed violin, voice and church organ alongside Ellis’s deeply expressive cello playing. They are joined by one of Kate’s longtime collaborators, fiddle player Adrian Hart who’s haunting fiddle draws on Scandinavian and old time fiddle styles.

2. RUNNING WITH THE MOUNTAIN HARE
We recorded simultaneously in three places and responded to each others musical thoughts. Passing short melodies through the ether. Running through the mountains alongside the majestic snow coloured hare. Through brambly terrain, damp woodland and glittering water until we came upon a clearing to catch our breath.

3. THE DARKEST HOUR IS NEAREST DAWN
An old proverb from ‘The Norfolk Garland: A Collection of the Superstitious Beliefs and Practices, Proverbs, Curious Customs, Ballads and Songs of the People of Norfolk’ (printed in 1872).

4. ARCTIC DRONE
You can almost pick up handfuls of the grainy air between the church pipe organ and cello. Heavy and rich, the rasping wind is pushed through 12 ft tubes of steel, unyielding yet unpredictable in its oscillations. A journey that comes from deep down, below the ground, below the sea and being breathed in and out through the heaving bellows.

About The Project:
This is the eleventh in a series of twelve EPs as part of a major project:
THESE FERAL LANDS - A Year Documented in Sound and Art. Recorded remotely between Suffolk, Dublin in November 2021. It is an ambitious and exciting creative documentation of 2021 resulting in new music and films created and released monthly, along with a column published at Caught by the River. November’s film is by artists JamesPlumb. The project is supported by Arts Council England's National Lottery Funding.

About Laura & Kate:
Since meeting in early 2020 the duo have developed a strong writing partnership and produced an album ‘These Feral Lands: Volume 1’ in collaboration with Writer & Comedian Stewart Lee, Winter Rituals EP (broadcast widely on BBC Radio 3 inc. Christmas Day and New Years Eve), and now 11 monthly EPs. In April 2021 they were Spotlight Artists on BBC 6Music Recommends with Tom Ravenscroft, and appear on SOHO Radio & NYC + Culture each month as guests of Max Reinhardt to play and discuss their new EPs.

Kate Ellis: Cellist Kate Ellis is dedicated to the performance and exploration of all music. Kate is the Artistic Director of Crash Ensemble, cellist with Martin Hayes’ newly formed Common Ground Ensemble and is often seen playing with the musicians of Yurodny, TRE trio and Fovea Hex. Kate is the recipient of an artist residency at the Centre Cultural Irelandais, Paris for 2020/21.  www.kateelliscello.com

Guest Musician:
Adrian Hart: Adrian has recorded and performed on stage with many leading recording artists from Ireland, UK, Europe and the US. He is a member of the Irish groups I Draw Slow, Yurodny, Dulra and the Clare Memory Orchestra. In 2012 he was nominated for an IBMA award for his fiddle playing on the I Draw Slow album Redhills. As a composer, Adrian Hart is primarily interested in the exploration of acoustic sound through electronic manipulation. Specialising in Irish, North-American and Eastern-European traditional fiddle repertoire, Adrian’s compositions focus on the development of techniques found in traditional and non-classical styles of music within a contemporary context. Adrian’s works have been commissioned and performed throughout Ireland, the UK and Europe and have been broadcast internationally.