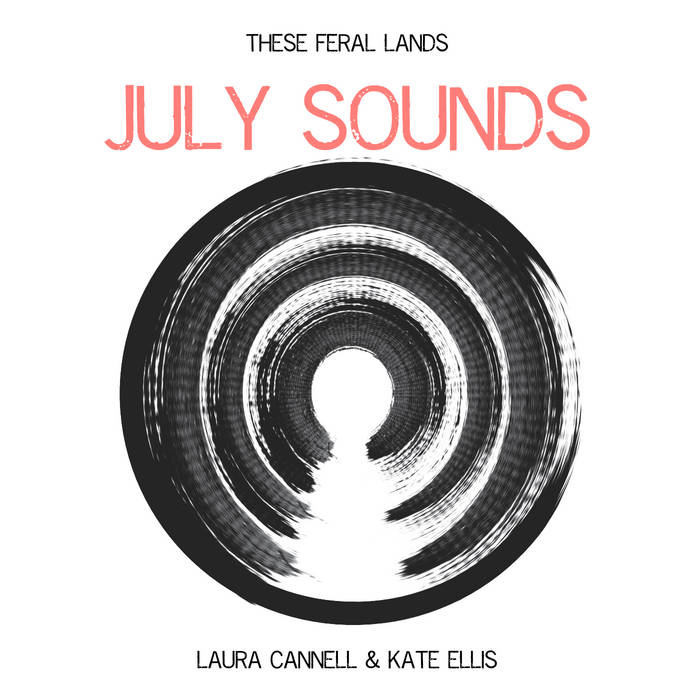 Thoughts of time, distance and space provide the narrative for this month's four track EP from UK and Ireland based musicians Laura Cannell and Kate Ellis.

JULY SOUNDS was recorded remotely between Suffolk and Dublin over the first weekend in July. Still never having played in a room together, Laura & Kate set up their individual home studios and began to explore the physical space between them both in real time. Short fragments of music were created and immediately sent flying across the ether asking for a response until a collection of new pieces began to emerge.

“We talk often and ponder the many parts of our lives not connected to music. Before creating we don’t discuss the music, not knowing which instruments are at hand and what thoughts each other have. This month Laura added sprinklings of Bass Recorder and Crumhorn (a double reeded renaissance instrument) to the sound and Kate added the reeded Chinese Hulusi (a gourd flute) and her ancient Tenor Recorder. Always exploring new ways of working together, we recorded simultaneously knowing that the other was there at the end of the line.”

1. WITHIN REACH - Intensely listening and feeling the air around us.
A connection with past times emerging with ancient instruments at hand.

2. NINE HOURS - Between two points on a map. Nine hours driving through villages and towns, the momentum of clouds passing, counting lines on the road and the yellow hue of street lamps flickering on and off as dawn approaches.

3. FOUR DAYS - Between two points on a map. Four days walking, slowing our thoughts. Absorbing the lush summer green landscape with dappled light from the leaves colouring our dreams of loved ones and the dreams we are about to make happen.
4. 425 MILES - Between two points on a map. 425 linear miles. Overlapping sounds emerging like abstract pencil drawings on paper that is folded over and passed around, only to discover the beautiful creature that has been created when the paper is fully opened.

About The Project:
This release is the seventh in a series of twelve as part of a major new project:
THESE FERAL LANDS – A Year Documented in Sound and Art. An ambitious and exciting creative documentation of 2021 resulting in new music and films created and released monthly, along with a column published at Caught by the River. July’s film is by the visual artist Rory Tangney. The project is supported by Arts Council England's National Lottery Funding.

About Laura & Kate:
Since meeting in early 2020 when Laura was commissioned by Alex Groves of SOLO to write a solo cello piece for Kate, the duo have since developed a strong writing partnership and produced 6 releases; an album ‘These Feral Lands: Volume 1’ in collaboration with Writer & Comedian Stewart Lee, Winter Rituals EP (broadcast widely on BBC Radio 3 inc. Christmas Day and New Years Eve), and now 5 monthly EPs January, February, March, April and May Sounds.
______________________________________________________
For further information on this or any other Brawl Records releases
Visit: www.brawlrecords.co.uk
Also follow us Twitter: @brawlrecords @laurarecorder @kateelliscello
Instagram: @brawlrecordslabel @lauracannellmusic @kateelliscello