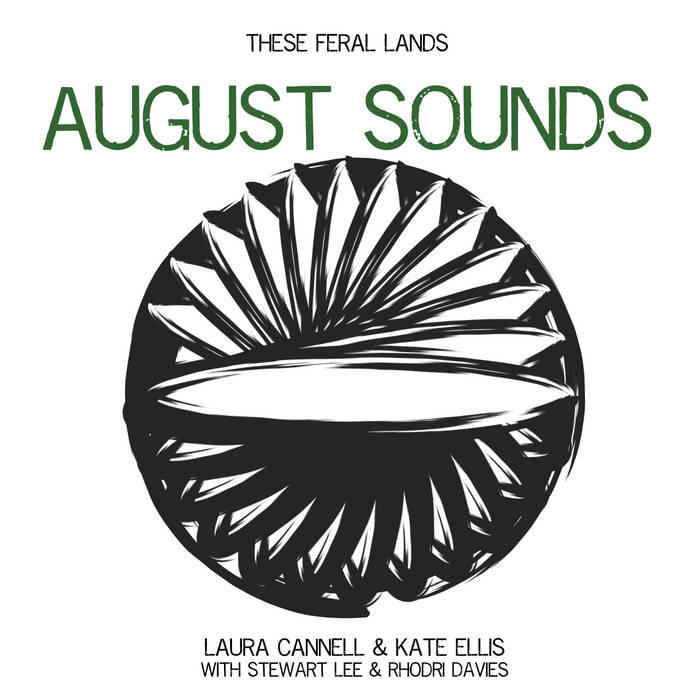 The Number Of The Yeast

Our Sounds of August offers up a Witches Harp (Telyn Wrachod), a personal ode to the ‘Virus Summer’ written and read by Stewart Lee and the layered sounds of a village pipe organ and cello played in the
shadows. August is a different colour this year and last, as the months blend and the seasons morph, four people come together to create this months EP. Our emotions are not where we think they will be and there is a sleepless energy in the warm and turbulent winds of August.

AUGUST SOUNDS was recorded remotely between Suffolk, Essex, Swansea and London during the first week in August 2021. Short fragments of music and text were created and sent asking for an immediate response until a collection of new pieces began to emerge. A day of improvisation produced these 5 tracks, a summer suite of emotive connections between us.

This is part 8 of a series of EP releases which are written, recorded and released every month throughout 2021. This month features Cannell’s signature violin, voice & church organ alongside Rhodri Davies on Telyn Wrachod (Bray Harp), Stewart Lee’s poetry and Ellis’s deeply expressive cello & double bass playing.

Track List:
1. WOVEN BRANCHES HIDE THE SKY
From the dappled ground and the we try to part the dense summer leaves with our arms. The branches have woven themselves together and entwined like lovers, we will have to wait for them to tire to break our way through again.

2. STONE WALLS
Words are extracted from the poem ‘Inscription for an Ice House’ by Anna Laetitia Barboald (1795) - An improvised song in response to Rhodri & Kate’s improvisation.

3. THE INVISIBLE HOUR
Laura is ‘helping out’ at the village church by playing the enormous pipe organ to keep it in working order as the church is used less and less. Layered pipes oscillate under the hammer beamed roof and bat infested arches while the cello swims through the invisible hour.

4. SPEND THE DAY WITH ME
“Virus Summer” Poem by Stewart Lee spoken by Stewart with extracts from ‘The Daisy Fairy’ by Cicely M. Barker (1923) sung by Laura

5. WINGS WERE IN MY HEAD AS I WALKED
As the sound flutters and expands, wings jitter and land.
The beautiful grit of the plucked braying harp are coupled with bowed and plucked strings. All these instruments built for us to explore our inner wings as we walk.

About The Project:
This release is the eighth in a series of twelve as part of a major new project: THESE FERAL LANDS – A Year Documented in Sound and Art. A creative documentation of 2021 resulting in new music and films created and released monthly, along with a column published at Caught by the River. August’s film is by the visual artist Polly Wright. The project is supported by Arts Council England's National Lottery Funding.

‘Meeting each other has inspired us to create new music that reflects the optimism, the change and also strangeness which has affected both of our working lives. This project is both a sonic and visual diary, and a long distance call and response capturing a moment in time.’

About Laura & Kate:
Since meeting in early 2020 when Laura was commissioned by Alex Groves of SOLO to write a solo cello piece for Kate, the duo have since developed a strong writing partnership and produced an album ‘These Feral Lands: Volume 1’ in collaboration with Writer & Comedian Stewart Lee, Winter Rituals EP (broadcast widely on BBC Radio 3 inc. Christmas Day and New Years Eve), and monthly EPs through 2021. In April 2021 they were selected as Spotlight Artists on BBC 6Music Recommends with Tom Ravenscroft, and appear on SOHO & NYC + Culture Radio each month as guests of Max Reinhardt to discuss their new EPs.

Kate: Cellist Kate Ellis is dedicated to the performance and exploration of all music. Kate is the Artistic Director of Crash Ensemble, cellist with Martin Hayes’ newly formed Common Ground Ensemble and is often seen playing with the musicians of Yurodny, TRE trio and Fovea Hex. Kate is the recipient of an artist residency at the Centre Cultural Irelandais, Paris for 2020/21. www.kateelliscello.com

Stewart: Stewart Lee is a fifty-three year old writer, stand-up comedian and film-maker. He has been described as the ‘world’s greatest living stand-up comedian’ and the ‘worst comedian in Britain’ by The Times and The Sun newspapers respectively. Contributing to These Feral Lands was a lockdown lifeline. www.stewartlee.co.uk

Rhodri: Rhodri Davies was born in 1971 and is immersed in the worlds of improvisation, musical experimentation, composition and contemporary classical performance. He plays harp, electric harp, live-electronics and builds wind, water, ice, dry ice and fire harp installations and has released six solo albums. His regular groups include: HEN OGLEDD, Common Objects and a duo with John Butcher.  For the last ten years Davies has been closely associated with the pioneering composer Eliane Radigue performing seventeen of her pieces. www.rhodridavies.com